Beyond the Serra Gaucha

The town of Lages in Santa Catarina

The Serra Gaucha might be considered the heart of the fine wine industry for Brazil, but just as we have seen in many places before, when a heart beats forming the rhythm of a nation, there will always be closest to its source an awakening of dormant potential. And so we moved away from the Serra Gaucha’s mighty leaders. Not too far away, we found Campanha (still in Rio Grande do Sul), a newer wine region where it seemed everyone was trying to get a root in. And moving farther north to the neighborly state of Santa Catarina, we found a place where high altitude colder lands could result in a completely different Brazilian wine potential… and a place in the country where it can even snow! 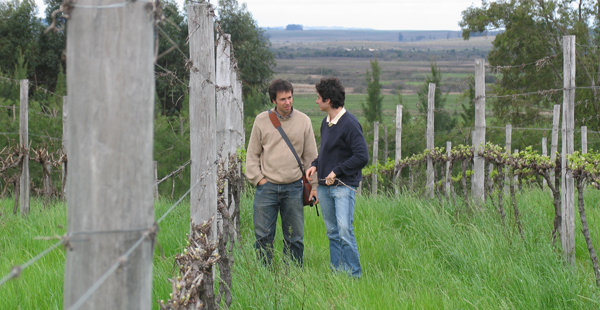 Provincia de Sao Pedro:Born to hands with a history of cultivation, Provincia de Sao Pedro started with success before its first bottle was even released. It won silver medal in a Mendoza Competition (at the 9th edition of the International Competition of Liquors, Vinos y La Mujer Elige) just in time for its October 2010 debut, right about when we were there! A very promising future ahead of it, this little winery producing 6000 bottles of Cabernet Sauvignon wine has hit the ground running, with winemaker Anthony Darricarrere (pictured above with Georges) using his background of Napa Valley and Bordeaux winemaking experience to create what the locals call: algo extraordinário!

Cordilheira de Sant’Ana: Just down the road (well, far down the highway) in the town of Sant’Ana do Livramento, we discovered at Cordilheira de Sant’Ana winery just why it was that the Campanha was being described as one of the best climates and land in Brazil for winemaking. Indeed, many of the larger name wineries from Serra Gaucha are eager to have their Campanha vineyards bear fruit, for the very reason that this seems to be the perfect place to combine the sparkling wine prodigies of the farther north with the tannat-empire dominance of the farther south. Founded in 1999 on these principles, and covering 24 hectars, we found Cordilheira de Sant’Ana’s whites to have a silky butteryness while maintaining clean acidity, and wondered if it all came from this! 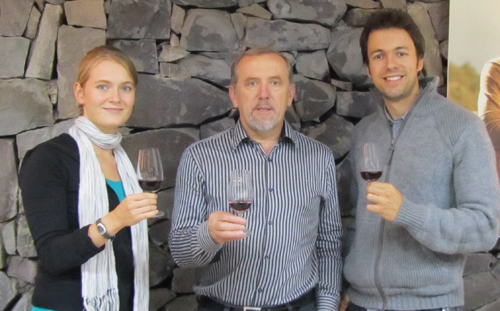 Panceri: The history of this family legacy began in 1884 when Italian immigrant Giuseppe Panceri stepped foot in Rio Grande do Sul, with a Brazilian future ahead of him and ancestors of winemaking behind him. It would be his grandson Nilo who would place himself in the northern neighboring state of Santa Catarina, beginning the Panceri Wine Project. His Children continued the legacy and 1999 marked their first planation of European varietals, where previously American grapes were used. 2001 was the first vintage of Panceri fine wines, and we must admit the Cabernet Sauvignons are some of our favorite we have tried. Built on the high altitude (1000-1200 meters) hillsides, the well drained deep soils undoubtedly contribute to its success. In 2006 Panceri became the first winery of Santa Catarina to export, a sign of its bright future, and a museum on the property ensures the memory of its historic past! 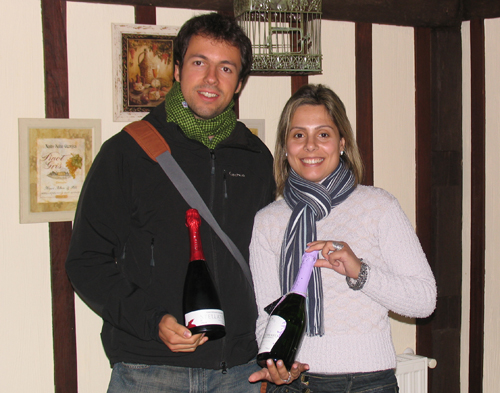 Santo Emilio: Started in 2003, Santo Emilio was chosen to be in Santa Catarina precisely because they wanted to be in one of the highest and coldest places in Brazil. Their vision for the future is to have their estate include 40 hectares for Reds, Whites, and Sparklings, and also for it to be used for the wine tourism sector, accommodating those eager oenophiles with a Brazilian heart and palate! We met with winemaker Patricia, thrilled by the philosophy of the winery which lends to creativity and research, experimenting with more than 30 different varietals! Patricia welcomed us to Santa Catarina and showed us Brazilian wine to Brazilian food pairing!

Villa Francioni: With plantings that began in 2001, it would be in 2003 that would mark this winery with a revelation for its future, when founder Manoel Dilor Francioni would visit Robert Mondavi Winery. Inspired by the role and leadership Robert Mondavi played in the American wine industry, Villa Francioni set as its mission to become the very same thing for Brazil. Manoel Dilor Francioni began embedding this vision in the very structure of the winery itself, which is one of the most intricate and beautiful in Brazil and perhaps even the world. Though he passed away before its completion, his children have taken over, and we are shown above with his daughter Daniella, director of operations who is working to ensure the reality of her father’s dream! Daniella welcomed us to Santa Catarina with incredible hospitality, and showed to us her vision that extended beyond Villa Francioni, to integrate the region itself with wine and local art appreciation!

This entry was posted in Brazil, South America, Uncategorized- All Blogs. Bookmark the permalink.